The coupon code you entered is expired or invalid, but the course is still available!

We started on Dynamics where we introduced Newton's Laws (Yes, the famous one who had an apple dropped on his head, though it could just be a myth!)

We learnt how to apply vector diagrams to solve for Forces as well.

By now, you would also have found out that Kinematics is very commonly integrated with Dynamics whereby many questions require understanding of both concepts to solve. 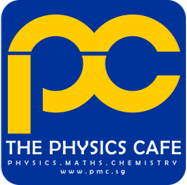 THE PHYSICS CAFE is founded by renowned physics tutor and ex-RJC lecturer Mr Dave Sim in 2010. It is a tried and tested specialist’s tuition centres for Secondary/IP and JC Physics, Maths and Chemistry. As one of the most reviewed tuition centres by parents and students, it is also featured in The Straits Times, The New paper, asiaone.com, Vulcan Post and many other news outlets. The locations are conveniently located next to Beauty World MRT, Novena MRT and Paya Lebar MRT and Bishan MRT.
They have a team of highly sought-after tutors who are chauffeured by the school driver between the centre to ensure consistent high standard of our lessons. The stellar academic results produced by the students and the number of students we attracted prove that this is a winning formula. 80% of the students consistently scored “A” in their GCE A-level examination and 90% of the IP/Sec students consistently scored “A” in their final IP Exam and GCE O-level examination This doubles the steady national average of 40 percent A and is higher than the percentage A of the top IP schools in Singapore.
“The course structure in PMC is built based on my belief that we should spend time to develop the student’s problem-solving skills, instead of concepts. Once you are good in problem solving, you will be good in concepts. Once you are good in the subject, you will love it. LOVE will always come the last.”
- Mr Dave Sim, Founder

DYNAMICS PART 1
Available in days
days after you enroll

The coupon code you entered is expired or invalid, but the course is still available!